Is favoritsm slowly killing the UFC? 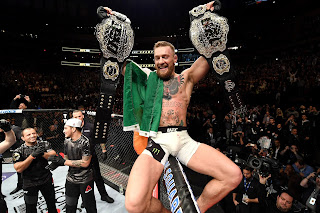 Fighters left and right are moving to Bellator feeling that the UFC isn't helping push or treat fighters fair. Fighters have spoke out on social media and other MMA outlets speaking on their frustration of the UFC and their new owners. Since the selling of the UFC under the Fertitta rigime, the UFC has had bad blood with most of its roster. Gegard Mousasi, former UFC Lightweight Champion Ben Henderson, Ryan Bader, and former Ultimate Fighter winner Roy Nelson have jumped ship to Bellator. Fighters take to Twitter to open their frustration on the UFC and how they operate. Anthony Johnson who is a longtime UFC veteran and top contender recently announced his retirement following loss to former UFC Light Heavyweight Champion Daniel Cormier. He stated because he didn't want to fight anymore and he lost the desire to fight. To help promote fights, fighters will stage feuds or make it seem that they always had bad blood. Smack talk is used more and more to market fights but put on lack luster fights from fighters. Lately the new owners have had a hard time making new stars because of favoritism with already made stars. The UFC has been lately putting Pay Per View quality fights on free television but poor marketing to boost views. Demetrius Johnson who is the Pound 4 Pound best Mixed Martial Artist on the planet hardly has any pay per view appearances and is poorly marketed to the people. He is currently about to defend his Flyweight title for the 11th time at UFC 218. With the views of Flyweight fighters, Dana White threatened to get rid of the division entirely. Fighter unions have been assembled to get better treatment from the organization and former champions are apart of them. Cain Velasquez and Donald Cerrone are apart of the fighters union and some of the UFC's biggest stars. With those caliber of fighters claiming that they are being treated unfairly the UFC are raising some eyebrows. Cain Velasquez is probably the greatest heavyweight fighter of all time and Donald Cerrone is the most active fighter of all time. If these fighters were to leave that would put a huge dent into the UFC.