Fighter Of The Year! #KingTrizKombat

When I made this blog back in May, I told myself I was going to be biased as possible. As the year comes to an end, I have to choose who I thought was fighter of the year. To let you know how I judge fighters by their performance in the octagon, growth as a fighter, and how active they were throughout the year. I’ve been doing a lot of debating and the best person I felt had everything in a fighter you can ask for is no other than..........

That’s right!!! Yours truly the Undisputed UFC Flyweight Champion Demetrious Johnson. It was probably obvious from the beginning seeing as he broke Anderson Silva’s record for the most title defenses. Demetrious has been the most active champion on the whole roster and the UFC still continues to overlook him. He’s the Pound 4 Pound Champion for a reason and continues to show why as he just seems to get better every time he enters the octagon. Demetrious defeated Ray Borg and Wilson Reis and they are two of the toughest contenders in the division. 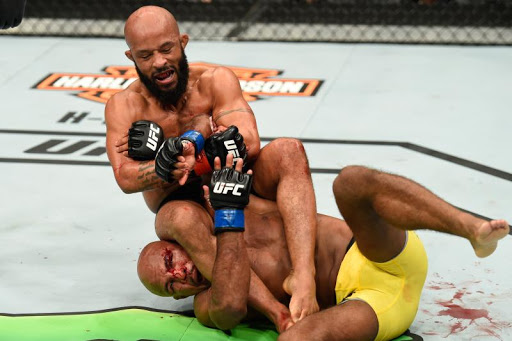 Pic of UFC on Fox: Johnson vs. Reis

Since the start of the UFC Flyweight division, Demetrious has been unstoppable as he is flying through opponents and doing moves never even seen in the octagon. He looks unstoppable when in the cage and continues to grow as a fighter as he keeps getting better and better. At this point in his career I don’t know if he should either keep defending his championship as much as possible or go back up to Bantamweight and try to win that title and become the 2nd man to win two simultaneously. 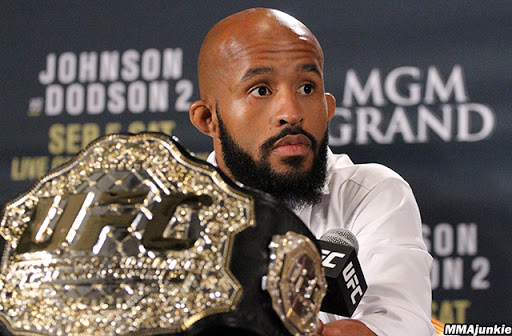 Demetrious Johnson is not only the best fighter on the planet but he maybe the greatest fighter to ever live. The reason I say this is because