Despite Conor Mcgregor's major success as a fighter and celebrity, is "Mystic Mac" done? 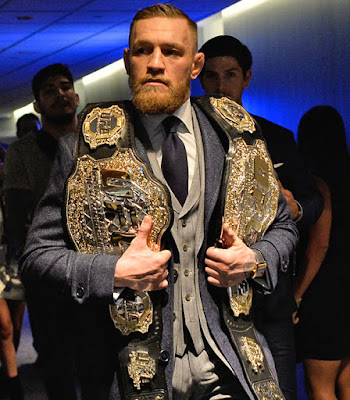 Conor maybe one of the biggest names and faces in the world today but at this point in his career, is he overrated? Mcgregor fans were sure that he would be the firs person to put that 1 on Mayweather's loss column. Conor has a medioric rise as the face of Mixed Martial Arts with an impressive come up as he would tell opponents when and how he would finish them. Remember when Conor used to predict when he would knock guys out and would actually do it in the round and how he would do it? Jose Aldo, Dustin Poirier, and Diego Brandoa have succumbed to Mystic Mac. Ever since his loss to Nate Diaz in their first fight, Mystic Mac hasn't been since and fans wonder if Conor will ever fight again.