It’s official Ronda Rousey has signed with the WWE 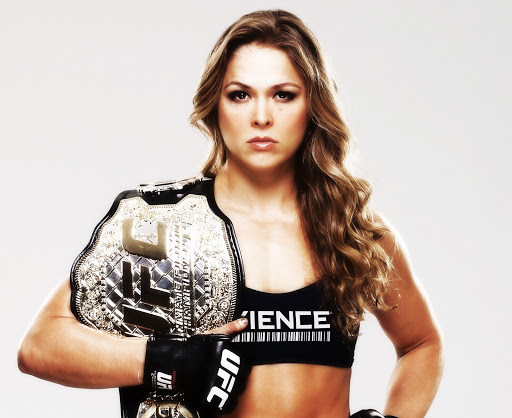 Given the news from UFC on Fox via Twitter, the greatest female fighter to ever grace the octagon is heading to the WWE. This is not the kind of blog you think because I’m very disappointed in Ronda for this decision. I know I just said she is the greatest but that is what the critics say.

I personally believe Cris Cyborg is the greatest female fighter ever to grace the sport of MMA. Ronda on the other hand is the definition of a poor sport as she bashed her opponents with harsh words and even said “Miesha Tate had no business being in the octagon with her”. She even bashed Holly Holm and even called her “a fake ass bitch” knowing Holly Holm’s nickname is the “Preachers Daughter”. Holly exposed Ronda for not only showing she had almost no stand up skills, but she was a poor sport and sor loser as she went to numerous media sources considering retirement and even suicide.

Ronda has helped build the sport tremendously but real champions fall and it’s never about the fall because it’s always about the get up. Ronda had never gotten up since her loss to Holm’s as she fought for the title again against the current champion Amanda Nunes. Nunes would knock her out in the first round due to strikes and she basically showed the same attitude similar to the Holm’s fight.

I won’t take what Ronda did for the sport and she is an all time great but so long and good riddance. George St. Pierre and Jon Jones are the definitions of what champions do when they fall off. Georges last loss was to Matt Sera by TKO and George trained like a madman to get that belt back and eventually defended it 9 times. Jon Jones is 3 time UFC Light Heavyweight Champion without ever losing the belt and you can say whatever you want about Jon Jones but he still has yet to face a real defeat at the hands of an opponent. Ronda on the other hand is a sad excuse for a fighter. Have fun in the WWE Ronda.