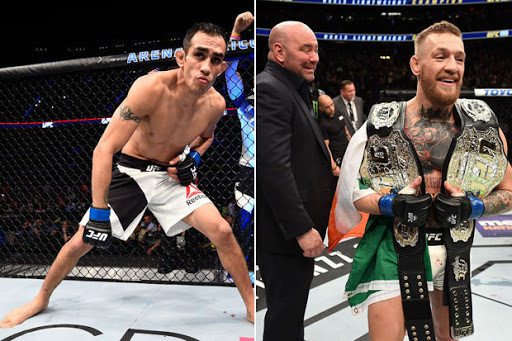 Lately, UFC president Dana White has made it unclear if Conor Mcgregor is Champion or not. Tony Ferguson versus Khabib Nurgamadov is for the Undisputed Lightweight Champion according to Dana White but he refused to say he stripped Conor of the title. Dana has been acting very weird when it comes to Conor and even makes everybody on the roster suffer for having to wait for him. Conor at this point in his Mixed Martial Arts career hasn’t fought since December of 2016. Conor became the first and only fighter to win two belts simultaneously as he was Featherweight Champion and winning the Lightweight Championship in his showcase with Eddie Alvarez. Conor however, never defended either title and was stripped of his Featherweight Championship in which Max Halloway won.

The title picture of the UFC has fans scratching their heads as there are interim belts after interim champions getting injured and now fighters taking hiatuses for no reason. The only champions that are legit are Tyron Woodley, Stipe Miocic, and Demetrius Johnson. Cormier just defended his belt but technically Jon Jones should be champion. What do you guys think?