Will there ever be a 52 Blocks fighter in Mixed Martial Arts?

Mixed Martial Arts is unique because it continues to grow with each fighter and the styles they fight with. Over the years it seemed that Boxing, Wrestling, Muay Thai, and Brazilian Jiu Jitsu was the sports primary factors. But over the years Karate and Tae Kwon Do fighters have took over the sport. Look at guys of yesteryear like Wanderlei Silva, Mirko Cro Cop, Tito Ortiz, Chuck Liddell, and Fedor Emelianenko. Now we have guys like Stephen Thompson, Gunnar Nelson, Sage Northcutt, and of course Conor Mcgregor. As the sport continues to grow, I keep asking myself “Will we see a 52 Blocks style fighter?”

For those who are unfamiliar with the style of “52 Blocks” it is a hybrid style of Boxing that incorporates the use of hand movements and elbows and as well as Martial Arts techniques. It’s derived from Wing Chun and even uses some of the motions in the style. It’s been highly regarded as a street or prison style of fighting but some of the greatest boxers to ever lace up a pair of gloves have took some form of 52 Blocks into their style. Bernard Hopkins and Zab Judah are the first to come in mind and both fighters are former undisputed champions in their respected weight classes. 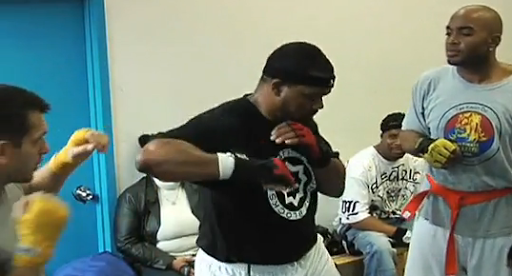 The style is a very unique style and even though it is not used as a primary style in MMA or even if studied at all, I see alot of forms from 52 Blocks from guys like Anderson Silva and Jon Jones. Both fighters regarded as the greatest fighters of the sport. 52 Blocks is definitely a unique style but most people in the common world doesn’t know the style exists. It’s mainly a style in New York eras such as Harlem or Brooklyn. They’re are actually gyms in these areas and 52 Blocks is taught so hopefully in the future we will have a 52 Blocks fighter in the UFC or Bellator.