At this point, Melvin Guillard should just hang it up 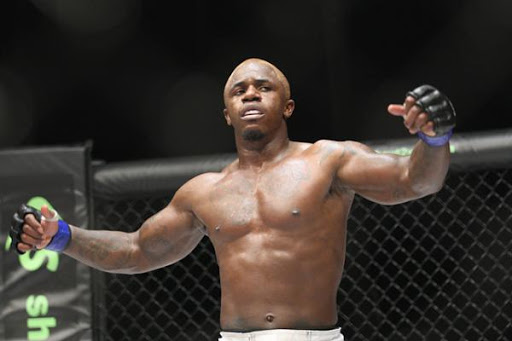 On Monday of February 12th, 2018, Melvin Guillard lost to another no name opponent in a minor league organization. Melvin at one point was ranked the #4 Lightweight in the world and was almost one win away from a title match. Cockiness and submission defense seem to be Melvin’s worst enemy because as soon as someone got Melvin Guillard’s back and secured a choke he would tap immediately. He’s lost to some great fighters but he lost fights that he was winning. I remember barely being a fan of the sport but the war of punches thrown by him and Nate Diaz and Melvin busting Nate’s face up only to be submitted in the 2nd round by rear naked choke. What about when he was title bound and he was riding a 5 fight win streak and he was coming off of first round knockouts off of guys like Evan Dunham and Shane Roller but came into the Joe Lauzon fight like he had already won to be caught by a stiff jab and then submitted in the first round.

After that, he fought Jim Miller and made the biggest mistake of his career and left Greg Jackson’s to train with the Blackzilians. It may sound like a good move but they were a still growing camp and though they had good coaches, Melvin felt he wasn’t getting the attention he deserves. Melvin has pretty much burned every bridge with every major fight camp in MMA but never got his Brazilian Jiu-Jitsu defense down pat. Before going to American Top Team, Melvin went to the Grudge Center in New Mexico and it looked like the Melvin of old was coming back for another title run. That soon quickly shut down because after his first win him and his camp couldn’t come to agreements and he disbanded.

Melvin right now at 35 years old doesn’t seem to be getting better but actually getting worse. In the UFC, Melvin was pretty much a gatekeeper to not that well known fighters but now he is just a stepping stone for up and coming fighters. It’s sad seeing that he was ranked #4 in the Lightweight division and one win away from a title match had he beaten Joe Lauzon. Melvin is his biggest enemy because he seems to be hot headed and not only piss off training partners but his bosses as well. He’s always entertaining but he just can’t get it together. He seems to have some success with bare knuckle boxing in the UK. Hopefully that can be his new sport since MMA is just not cutting it.