Is MMA getting boring now? 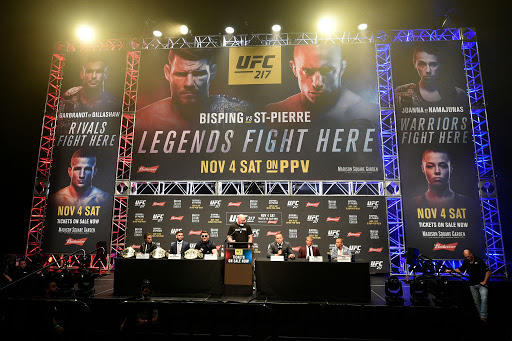 Don’t you miss the Chuck Liddell rock em, sock em days? What about when BJ Penn was terrorizing the Lightweight division with heavy punches and picture perfect Brazilian Jiu Jitsu. How about the old Pride days where you had guys like Mirko Cro Cop, Fedor Emelianenko, and Wanderlei Silva fight on one night? I know I sure do and I’m sick of this money fight thing going and truth is that every fighter can’t do it. Rankings don’t matter anymore and the last time journeyman Nate Diaz fought was against Conor Mcgregor in their 2nd encounter on August 20th, of 2016. For some reason, Nate is one of the most called out opponents in the UFC and he still ranked in top 10. The UFC doesn’t even give the young guys a chance anymore as it will cancel UFC events if they can’t get a big name to cover it. If they would’ve did that back then, there probably wouldn’t be a Frankie Edgar, Tito Ortiz, or even Jon Jones. The UFC took a big risk with Jon Jones and it paid off because not only is he the youngest champion to ever win the title at 23, but he basically defeated every former world champion before him even the current Light Heavyweight Champion.

The UFC revolves around Conor Mcgregor, a poster boy that doesn’t even fight like he’s supposed to. Conor is the first to win two titles simultaneously but was stripped of both of them due to not defending them. Conor may go down as one of the greatest fighter of all time but hands down one of the worst champions of all time. Conor right now has ventures outside of the UFC as he wants a rematch with Floyd Mayweather in the octagon. More than likely it may not happen but they will continue to sell it for fight fans.

We have guys that deserve to be in the spotlight like Mike Perry, Thiago Santos, and Brian Ortega. Thiago Santos is riding a 6 fight win streak and Mike Perry is one of the most unique colorful personalities in the UFC and of course Brian Ortega is riding a 12-0 as a professional. These guys are overlooked by big mouths and guys who fail to deliver a fight. The UFC will continue to put them on Fight Cards or undercards on Pay-Per-Views. Hopefully something will change or Bellator will have some new stars in its future.

The UFC needs to something fast and I mean use it’s ranking system, stop bashing its champions, and build a decent relationship with its fighters. Promote fights and fighters better and stop getting behind big mouths who don’t fight or deliver. Fighters speak on their hatred for Dana White and his lack of benefits for employees and fighter safety. I’m starting to realize Dana is just a genea pig for the real owners and their terrible decisions. Dana is just to blame for the slack going on from people who don’t know what they are really doing.