After Deontay Wilder quickly dominated Dominick Breazele, I think us as fans want to see Wilder Versus Joshua 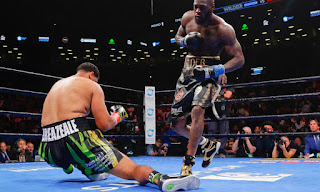 Deontay Wilder put on another dominant performance and quickly dismantled Heavyweight contender Dominick Breazele and only needed 137 seconds to do it. Breazele who has now fought Wilder and Joshua has been finished by both champions and now has two losses in his professional career. Since losing to Wilder on May 18, 2019 the only fights fans are wondering to see is The two world champions of Heavyweight boxing who keeps crushing everybody in their way. Anthony Joshua And Deontay Wilder is easily a $100 million dollar boxing match if not more and I personally want to see this fight more than I wanted to see Mayweather vs. Pacquiao. If boxing politics weren’t so pathetic then this fight probably would’ve happened a longtime ago. Hopefully the two camps can set up an agreement and us as fans can enjoy these two clashing.
Anthony Joshua has and exclusive deal with Dazn and Deontay Wilder is with Showtime. If this fights happened tomorrow would you watch it and would you watch it on Pay-Per-View or Stream?