Are we really ready for a Wilder/Joshua Super Fight?

Both fighters are decimating opponents left and right and with Joshua holding all of of the major world titles except the WBC Title in which Deontay holds. Us as fans are really stooped because at this point while both fighters are killing competition and there aren’t really any true threats to either opponent then it’s best if now they fight each other. Both Deontay Wilder and Anthony Joshua are huge Heavyweights and damn near beat everyone placed in front of them. These are too gigantic athletes who are in the prime of their careers and only begin to get stronger from here. Whether you are a boxing fan or an all around fight fan then I think this is the fight to make. The fans are definitely ready for this fight more than ever especially after Deontay’s dismantling of Dominick Breazele in the first round of May 18th of 2019. Anthony Joshua has an upcoming fight against Andy Ruiz and I’m sure that fight ends in a Knockout in similar fashion by way of Joshua. Hopefully, after this fight negotiations can spark and they come to an agreement and us as fight fans can get the fight we always wanted to see. 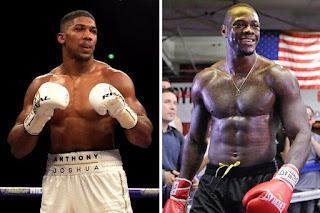