Could boxing usher in a new golden era with the Heavyweight titans of today??? 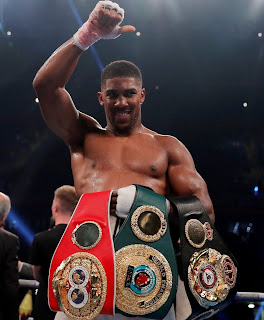 With talks of a Mega-fight between WBC Heavyweight Champion Deontay Wilder and Lineal Champion Anthony Joshua, this maybe the biggest fight in the history of Heavyweight boxing and hopefully sports. Unfortunately, negotiations with Deontay Wilder’s camp and they turned down an offer and more than likely boxing fans won’t get the fight we all need. However we will get to see Anthony Joshua in action defending his Lineal championship against Andy Ruiz on June 1st, of 2019 exclusively on the DAZN app. With boxing reaching a new peak of Heavyweights, we may be reaching a new golden era in boxing. Boxers like Anthony Joshua, Deontay Wilder, Jerell Miller, Tyson Fury, Dillian Whyte, and Lucas Browne are what is bringing that fire back to the old dominance it had in the past. 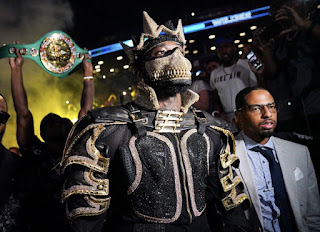 Deontay Wilder is so dominant of a champion with his 6 foot 7 tall frame and 85 inch reach and with killer power to support hit he is one of the most vicious boxer on the planet. The man hits like a person swinging a baseball bat at you and any punch he lands on you can drop you or knock you out. Deontay Wilder has practically knocked out everybody he has faced and is one of the most feared fighters on the planet and holds the WBC Heavyweight Title like a true champion. However, everything said about Deontay can be said about Joshua but even more. The man has knocked out ferocious foe after another and they all held the capability of beating him and claiming the Heavyweight crown. As long as Anthony Joshua holds the Lineal crown he will always be the “Guy” in Heavyweight boxing. 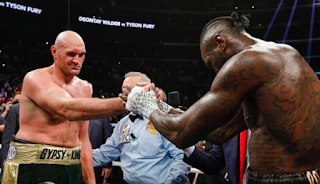 Jerrell Miller looked like a strong challenger and could dethrone either Deontay Wilder or Anthony Joshua, but recently he tested positive for PED’s that made him pull out of his World Championship fight against Anthony Joshua in Madison Square Garden in New York. This is Joshua’s U.S. debut as a since from being an Amateur up until he turned professional. It is unknown if Jerrell Miller will be able to get a fight in 2019 but if he is eligible to fight then whom would take it?