With RDA Versus Kevin Lee coming up, there has been speculation that both fighters will weigh in at 165 to prove a point. With both fighters being former Lightweights (of course RDA being a former UFC Champion) both fighters will come in equally matched. Kevin Lee and RDA both seem like they are too small for the weight class but struggle to make 155 pounds. Though both are great fighters and have the strengths to last with the best fighters in the world the size difference however will pose a problem for both fighters. If a 165 division is made in the UFC, there will be a ton if speculation for die hard fans to come up for why it is a bad idea. First thing that comes to mind is that the UFC is becoming too much like Boxing with numerous weight classes and only minor weight cuts in each division. The other thing that comes to mind is that the weight class will be an excuse to say that Conor Mcgregor won 3 belts in 3 different weight classes and therefore making his legacy even bigger. I personally feel if something isn’t broke don’t fix it and fighters need to hire better nutritionists to help them do better with weight management. Weight cuts are very brutal and some fighters have died from it, however as a fighter you should always know your limit. With a good team and a decent training regime then fighters should compete at their natural weight class and not squeeze down 40 pounds over their natural weight just for a “size advantage”. Anthony Johnson made the mistake at Welterweight and probably loss alot of fights he could’ve won. However, he did has some fights at Heavyweight (in which he won all of until he made a permanent decision to stay at Light Heavyweight) and defeated known names like Mike Kyle and Andrei Arlovski. As a fan, I really do no know what kind of change needs to happen for weight cut but I know fighters have a terrible time making weight. Fighters feel depleted and drained and look like skeletons while at weigh-ins and you look at Conor Mcgregor at Featherweight and compare it to him at Welterweight and he looks like a completely different person. What do you feel about the UFC and new divisions? 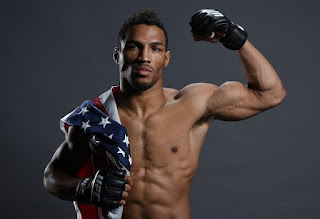