I guess we’re getting the rematch that nobody asked for 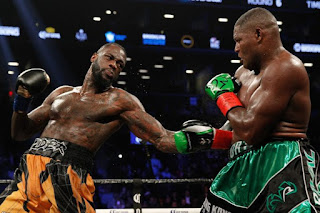 Guess what boxing fans? Are you ready for the WBC Heavyweight Champion to defend his world championship against a fighter he beat already? Are you ready to see the Bronze Bomber to inflict pain on a 41 year old fighter that he defeated already? Are you ready for Deontay Wilder Versus Luis Ortiz 2? No? Me either 😒✋🏽 At this point, I love the Heavyweight division but when is the part where fighters stop ducking each other are over? I get that boxing politics are very difficult when it comes to matchmaking but when it comes down to probably the biggest fight ever then both camps should come to some type of an agreement. Deontay Wilder can easily be making over $100 million dollars of not way more fighting Anthony Joshua. Instead, boxing fans will have to wait much longer for the Heavyweights to collide. 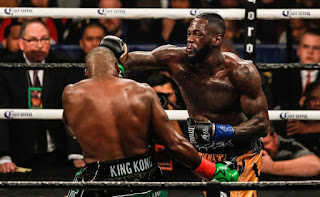 Until then let’s watch the rematch that nobody in the sport of boxing asked for and hopefully we’ll see more Heavyweight prospects rise up the rankings. I expect Deontay to Knockout Ortiz just as he did before maybe even a 6th or 7th round knockout. Will we ever see the Bronze Bomber and Joshua clash in the future?
Labels: Anthony Boxing Boy Championship Deontay Fight Golden Joshua Luis Ortiz Mixed Martial Art Night Wilder