Is Dustin Poeier the only thing that can stop Khabib in the Lightweight division? 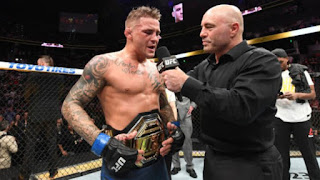 Since making a transition from Featherweight to Lightweight in early 2015, Dustin Poireir has Transitioned into a whole new fighter by switching up alot of things, reinventing his style, and not putting himself in a wreck by not doing a terrible weight cut. Since losing to Conor Mcgregor of September of 2014, he has turned into a completely different fighter and has been on the winning side of the roster. Since transitioning as a Lightweight, he has defeated the likes of Justin Gaethje, Eddie Alvarez, Anthony Pettis, and current UFC Featherweight Champion Max Halloway. Dustin’s great performance would win the interim championship and make him the foresure challenger to the reigning Undisputed Undefeated Lightweight Champion Khabib Nurmagomedov. With killer all around skill and world class boxing, is Poireir the divisions the best hope to defeat the Eagle? 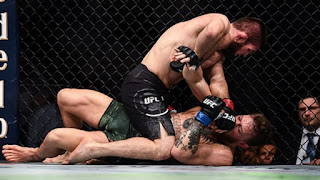 Khabib coming off one of his greatest performance at the end of 2018 defeated the former champion and face of the UFC Conor Mcgregor, Khabib has been looking virtually unstoppable with his wrestling and ground and pound skills. He has beaten almost every single opponent in the same manner and no one can stop it. Khabib has defeated the likes of Edson Barboza, Rafael Dos Anjos, and Conor Mcgregor. With a great resume and a flawless record there is a great debate saying that he may be the best fighter in the world today. 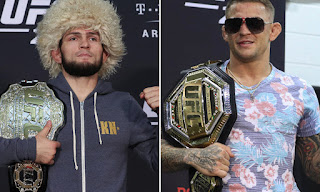 When these two clash I expect nothing but fireworks seeing as both will be each others toughest test and will probably be a candidate for fight of the night. Khabib is coming off a suspension after clashing with a member of Conor’s camp for trash-talking and culture bashing. Whoever comes out on top will have big shoes to fill in the future as the winner must defend their title against either returning Lightweight and most fights record holder in the UFC Donald Cerrone and former UFC Interim Lightweight Champion Tony Ferguson. 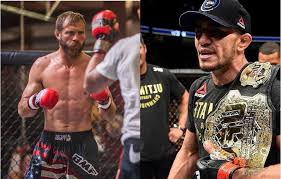