Where CM Punk went wrong in his MMA Career 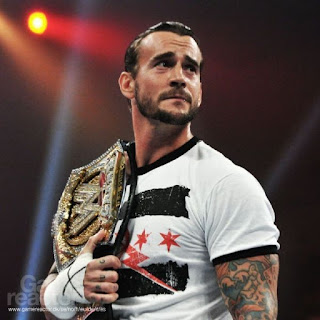 Born as Phil Brooks in his respected hometown of Chicago, Illinois started wrestling when he was very young. Once on the independent circuit he developed a major buzz and caught the attention of big time players like TNA and OVW. Once he got the call to the big leagues he took the ball and scored as even on the first day in WWE he had a standing ovation and highlight reel performance against Justin Credible in the WWE’s version of ECW. Punk eventually became a household name and won multiple world championships while with the company. Though it looked good on the TV screens he would constantly have problems in the backstage area. CM Punk constantly stated how fellow wrestler and the bosses son-in law Triple H had it in for him. It would later be turned into blockbuster storyline that Triple H would make himself the winner of at Wrestlemania despite him taking a step down as an in-ring performer. This would be one of the reasons Punk would display his dislike for the man that calls himself “The Game” Triple H and Punk would leave the company in 2013. 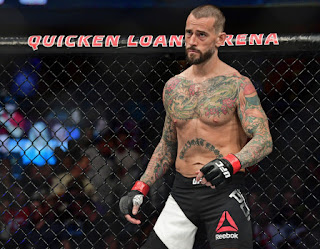 In 2014, it was announced that Phil Brooks better known as CM Punk had signed a contract to the UFC. Me being the MMA fan that I am I had to ask myself “What the hell is Dana and the UFC thinking signing a 0-0 Professional Wrestler with no real background in MMA?” I still feel till this day that Brock Lesnar could’ve been great in Mixed Martial Arts had he stayed in the lower leagues and built his record up. At least Brock had a wrestling background and a division I winning record at that, CM Punk was left naked only to train with Duke Roufus and the Pettis Brothers to develop some type of game. Only problem with this is Punk had just turned 36(an age that most fighters start to decide if they should hang it up), He had no grappling like Jiu-Jitsu or Wrestling, and last for not least he’s in the fucking UFC where most guys earned their keep. This was a recipe for disaster from the jump and it was obvious from the start. 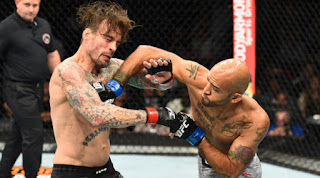 Punk would make his debut against Mickey Gall, a fighter who was probably going to be in the UFC anyway just based off of skill alone. Punk would get taken down easily, beat to a pulp, and choked out and this all happened in the first round. You would think this would be the end for CM Punk and his UFC dreams but Nope. He would later on fight Mike Jackson who loss to Mickey Gall to fight Punk and as mediocre as Jackson is a fighter he blew threw Punk with ease. He played with CM Punk and put on a shit performance causing not only the crowd to boo but pissed Dana White off. Punk has since then hung up his gloves but their are rumors that he be planning another fight due to him sending numerous USADA drug tests. 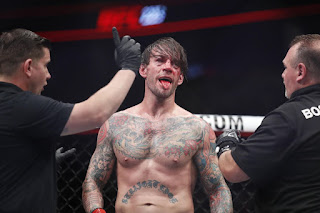 The UFC obviously never learns their lesson with a situation like this especially when they could have made him a decent star. He came into the UFC as a known figure and a person who even though everybody knew how terrible he was even before he put on the gloves. The smart thing for the UFC to do was to put him in a lower league with lower opponents and associate it with UFC fight pass so that way subscribers go up, CM Punk fights guys at his level and still train like a UFC Fighter, and also bring in alot of money while he makes alot of money. The UFC completely dropped the ball with this one.