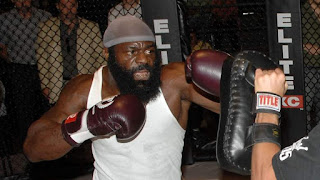 Since bursting on to the scene thanks to his backyard fights surfacing the internet to call Kimbo Slice anything less than a legend is insulting. Kimbo Slice helped move an entire sport into mainstream success due to his unique look and will to hurt someone. The first time he made his debut on national television he surpassed over a million viewers and his name still rings bells until this day. In 2010, it was nearly impossible to not hear the name Kimbo Slice especially since he was the star of the biggest season of the Ultimate Fighter season 10. After a loss to Matt Mitrione, he would be cut by the UFC and president Dana White stated “That was probably Kimbo’s last fight in the UFC” and it was. Kimbo would embark on 7-0 boxing record while taking some time off of Mixed Martial Arts and even got numerous call outs from professional boxers like James Toney, Bernard Hopkins, and Roy Jones Jr. 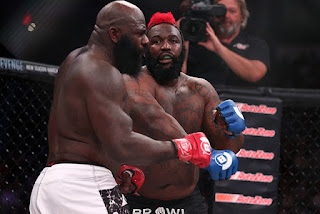 He would make his return to Mixed Martial Arts and sign with global promotion “Bellator MMA” and he would fight longtime rival Ken Shamrock in a tough battle but Kimbo would knock Ken out in the first round. After that, President of Bellator Scott Coker would come out and announce that Kimbo would face fellow backyard fighter now turned rival DaDa 5000. Before the fight they would constantly go back and fourth with each other on social media and at press conferences. They finally would clash in a very lackluster fight that showed very to little discipline and little to no cardio also Kimbo would wind up on top. The fight was voted one of the worst fights of all time and hardly ever even spoken of. 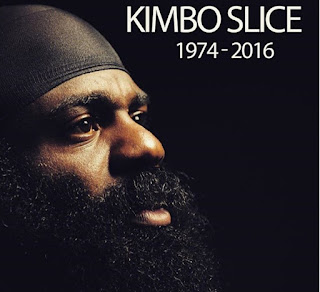 Since the passing of Kimbo Slice, there is said to be a movie depicting his life and will be played by Black Panther Co-star Winston Duke. I hope the film delivers because Kimbo Slice is someone that I looked up to since I was in high school and I hope he is represented right. Without Kimbo Slice, Mixed Martial Arts would not be where it is at. Kimbo helped bring a new mainstream audience to not only the UFC but all of MMA. May his legacy continue to live on and may he rest in peace.