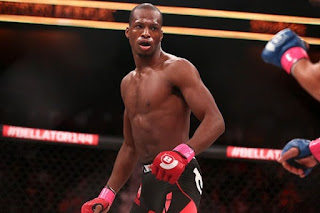 The man we know and love as MVP, Michael “Venom” Page still has the star quality and definitely championship potential but still has alot of growing to do as a fighter. Michael Page fought his first true and toughest test to date in Douglas Lima. Lima who is the former Bellator Welterweight Champion always has the tools to be one of the best fighters in the world and is dangerous where ever the fight goes. Though, Page was winning the exchange he definitely got a little too comfortable and especially for someone as dangerous as Lima. Page has built a huge following for his crazy antics in the cage and social media relevances out of it. Hopefully in his future fights we will see a new and improved MVP and hopefully one day he very well may fight for the title. 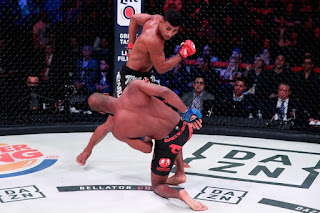 Until then I hope that he is in the gym and working on new gameplans for future opponents while also adding new tools to his arsenal. As great of a start that Michael Page has had hopefully this will be a start to something beautiful and really bring out the monster in MVP. Only time will tell if he will reach his full potential or if he’s a total flop.
Real class act Michael Page is and I wish him nothing but the best in the future
Labels: Bellator Championship Douglas Lima Fight Golden Michael Page Mixed Martial Art Night Prospect Vale Tudo Welterweight