Soccer kicks and face stomps should be legal in the Unified Ruleset of Mixed Martial Arts! 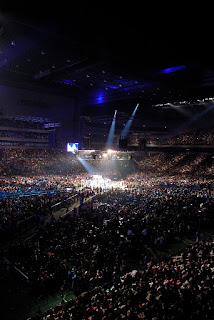 Back in the early 2000’s, an old company in Japan held the mantle for biggest Mixed Martial Arts company in the world and for many reasons why. We all loved Pride for its fancy light show format, Ring layout and Gloves attire, and of course who can forget the Grand Prix’s of seeing your favorite fighters fight more than once on one day. But what made Pride different from its competitors is that it had a unique ruleset which made fighters engage with each other and put on a show. Pride gave us Mixed Martial Arts greats like Wanderlei Silva, Mirko Cro Cop, and Fedor Emelianenko. After Pride disbanded and fighters moved to different establishments they either didn’t do what they did in Pride or just couldn’t adjust to their new ruleset. Since the Unified Rules have been in effect alot of people speculate that the sport is turning into the direction of boxing.

When Wanderlei Silva burst onto the scene in the UFC he wasn’t the fearsome threat he would later become in his career due to the Unified rules limiting his skills. After leaving the UFC before losing to the likes of Vitor Belfort and Tito Ortiz, he would sign with Pride and become and display one of the most ferocious fighters of all time. Wanderlei Silva was a force and if you stood in his way he beat you to a pulp. His biggest strength as a fighter was his intense and sometimes hard to look at face stomps and soccer kicks. The man went undefeated for 6 years because this and defeated the likes of Dan Henderson, Kazushi Sakaraba, and Rampage Jackson. All fighters knew once you hit the ground the fight was over because Wanderlei would stomp you like a mad man. His last loss in Pride would succumb to Dan Henderson who he already defeated in his career and this fight would be under the unified ruleset. 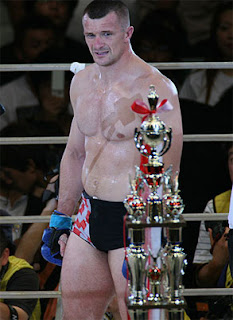 As ground breaking as a fighter Mirko Cro Cop was he just could not pull the trigger in the UFC or any other organization. Mirko was one of the first fighters who made a major transition from kickboxer to full fledged Mixed Martial Artist and he did very well. Since moving from Pride to UFC he has losses to Brendan Schaub, Gabriel Gonzaga, and Frank Mir. Cro Cop was looked at like a Yoel Romero in the sport because even though he never held the title in Pride he was definitely the baddest man on the planet (well behind Fedor of course). 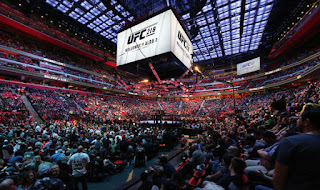 Since the UFC has acquired Pride some fighters have had success in the company like Big Nog, Shogun Rua, and Anderson Silva who was at one point the longest reigning champion in the history of the company. These fighters may have had better success had Soccer kicks and Face stomps being added to the sport. Most people who make the unified ruleset probably never had a real fight a day in their life and simply bans the moves for how brutal they look and not the damage they inflict. Top 3 reasons why they should be allowed.
If you are against this rule then you should rewatch Weidman Versus Mousasi and tell me what did you think of that call. Had the rules been different that fight would’ve not been stopped like that and we would’ve had a clear cut winner. Comment and share what you think in the comment section. ;-)