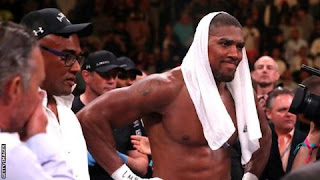 With speculation that Joshua was feeling right going into the fight and that he actually wanted to call it off due to illness is very mind boggling. There is a rumor that Anthony Joshua wanted to pull out of the Andy Ruiz fight but promoter Eddie Hearn refused to let the boxer to do so. Eddie would later go on to Twitter on Tuesday  and announced that there would be an immediate rematch in the near future. 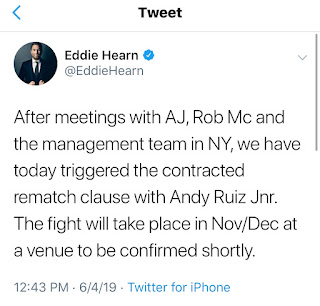 This is definitely to me the biggest upset and the biggest head scratcher seeing as there was numerous groggy emotions before the fight. Wilder and Joshua is out of the picture at the moment and boxing down a Heavyweight great, can Joshua comeback with a win over Ruiz? With Joshua handed his first loss as a professional it seems a lot of what was thought to be “fans” have turned their backs on him. I wish nothing but the best for him and hopefully in their rematch he can pull off and upset and win his title back. 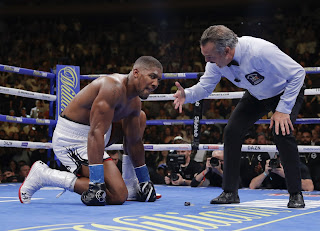