With the current state of the UFC, can Dana White shut up for awhile????? 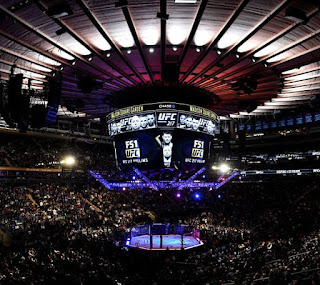 Lately I been real heavy on how the UFC pays its fighters and how Dana has been vocal about disrespecting his fighters. Well with Conor Mcgregor has whole world scratching their heads wondering if he will be back or not is leading us to believe someone has to pick the mantel up. After slaughtering the Irish Man in October of last year, alot of people speculate that the new Pay-Per-View king just very well be Khabib. With each division (excluding the Light Heavyweight division besides Jon Jones) flooded with hungry contenders that pose a threat and just may dethrone the Champion in the respected weight class. I mean just look at the Welterweight division alone you had Tyron Woodley who looked like a straight beast and didn’t look like he was losing anytime soon get beat by the “Nigerian Nightmare” Kamaru Usman in what was a some what lackluster fight. The whole time Woodley was Champion he barely got any press if any so it’s not like he was boring or too arrogant alot of people don’t really know who he is. 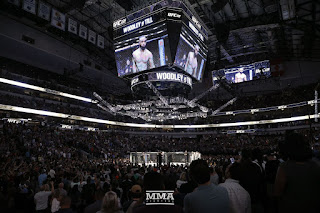 Demetrius Johnson is hands down one of the greatest Mixed Martial Artist of all time if not the greatest but he was rarely ever talked about or promoted most of the time. How does the UFC pass on such talent only to trade to a mediocre undefeated Welterweight contender Ben Askren (19-0). As good as it sounds on paper, DJ is one of the greatest of all time and he barely pulled numbers in because the UFC did not promote him enough. The UFC went head over heels to promote Conor Versus Floyd but fails to return the favor in their own events with name not saying Conor Mcgregor. Hell another MMA great is about to walk out of the door when her contract expires because she’s tired of being disrespected by her boss. Cris Cyborg was undefeated for over 10 years and she recently got her first loss since her first match as a professional. The smart thing to do would be to make an immediate rematch but he sits Cyborg on the shelf. 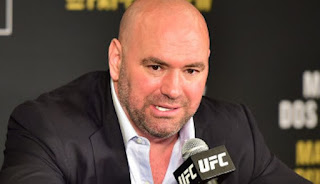 When I started watching Mixed Martial Arts back in late 2008, I just watched my first fight in Brock Lesnar Versus Frank Mir 1. From that point on I was hooked and I wanted to see more of this so I watched as many fights as I could. Later on I seen what kind of person Dana was and he seemed like a stand up and fair guy. He seemed like a fan that ran a company and spoke how the people felt. Now fast forward to 2019 and I say Dana needs to shut up for awhile. The man constantly bashes his fighters, doesn’t show even half of promoting to people not named Conor Mcgregor, and he cares more about money and numbers other than right and wrong.

I always tell people that Bellator can pick up the mantle if Dana White does not get his act together. At this point, I’m starting to feel like I’m more right than ever.
Labels: Championship Dana White Mixed Martial Art UFC