Does Cris Cyborg return with the UFC after her last fight with Felicia Spencer??? 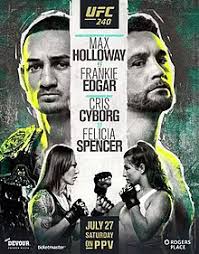 This Saturday, former UFC Featherweight Champion is set to make her last fight with the company since fighting the newly crowned champion Amanda Nunes. She will face a very tough opponent in Felicia Spencer who is undefeated in all of her 7 fights. Felicia has called out Cyborg which is a bit surprising because even in defeat she is still the scariest woman on the planet. Before losing to Amanda Nunes, Cris Cyborg dominated female Mixed Martial Arts with an iron fist and still does. She had been undefeated for over 10 years and dominated names like Gina Carano, Leslie Smith, and Holly Holm. Upon entering the UFC she had always been put on the back burner to Ronda Rousey due to marketing situations. But true MMA fans knew Cyborg held the crown in female dominance in the game. 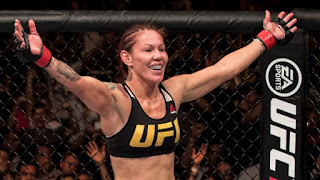 Cris Cyborg is one of my favorite fighters and one of the greatest fighters of all time as she gave female mixed martial artists a new ferocity it had never seen before in any female sport. I can’t forget to mention that not only was she dominant in Mixed Martial Arts but other combat sports as well. Her intensity while fighting may never be matched on a level of female combat fighting. No matter if she signs with the UFC or not she has made a life time fan of me and I still continue to watch every single fight whether she’s in the UFC or not.