Now I’m a humble King when it comes to the Kombat realm but I also am honest so I feel that it’s best if I do this list. There’s some fighters who leave the game way too early but some who wait way too long and taints their legacies forever. It’s bad enough when you see an all time great way past their prime lose to someone who they probably blew off the face of the planet had they been in their primes. Here’s a top 10 list I made of people who I think should retire 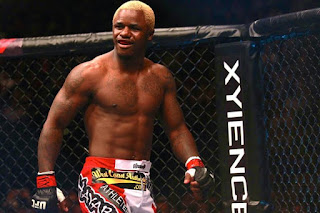 When I first watched Melvin Guillard the first thing I thought was who is this blonde haired kid that just blasted this dude with a mean right hook? It looked like Melvin Guillard hit him with a baseball bat and at that time I had never seen someone get so brutally knocked out. He would keep losing via submission early on in his UFC career but it seemed like he was trailblazing through the decision after he made the decision to make Greg Jackson’s his full time training camp. He developed a new swagger and patience other than his fighting hard to get a knock out attitude. One loss to Joe Lauzon shattered whatever the UFC’s title contentions were for Melvin as he would go only 2-5 since losing to Lauzon and he would be cut from the company following a loss to fighter and former teammate Michael Johnson.

Melvin would have some success overseas in bare knuckle boxing but since departing from the UFC, he has only went 1-8. He has suffered losses to fighters like Takanori Gomi, Justin Gaethje, and current UFC interim Middleweight Champion Israel Adesanya and in these fights it’s like he doesn’t even try. Melvin was one point my favorite fighter but at this point it’s just sad to see him fight. Who is to say that had Melvin never left Greg Jackson’s he would’ve made a run for the title or even stayed in title contentions? Lately, Melvin has been in legal troubles and hopefully he’ll be able to clean it up and get back into Bare Knuckle Boxing because at this point in his MMA career he should hang it up. 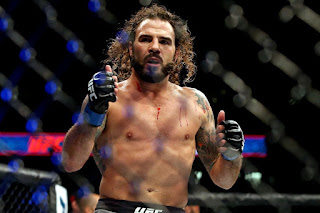 9. Clay Guida
Now I know what you all may be thinking “but he’s only 3-1 in his last 4 fights” but hear me out on this one? Clay Guida has always been entertaining since he’s burst onto the UFC scene. But when Clay loses he loses and he loses bad like don’t forget the knockout by Brian Ortega or the mauling that got put on him by Chad Mendes. Clay takes enough damage each fight he has and he’s getting up there in age. He has done enough for the sport and not to mention he fought in one of the greatest fights in Mixed Martial Arts history in his bout with Diego Sanchez. With a victory over then Lightweight Champion BJ Penn I say that Clay rides off into the sunset and call it a career.

8. Diego Sanchez
Coming off a grueling loss to Michael Chiesa at Welterweight and showing symptoms of CTE, the “Nightmare” had a great start to his career winning his first 17 fights and even winning the Ultimate Fighter when the show was still good. Since then he has been entertaining the fans since but with now almost 70 fights I feel Diego Sanchez doesn’t make a run at the title and at this point he is just a steppingstone for some fighters. The moments this man have gave from the Ultimate Fighter and the grueling fights he put on with the likes of Clay Guida and Gilbert Melendez will forever be watched.

As crazy as this may sound but I don’t really see him getting better or worse as a fighter but I really want to stop adding damage to his body. I feel that eventually him and Dana will eventually have a meeting and hopefully they will come up with some type of solution.
Labels: Mixed Martial Art Political MMA UFC