Fighters that need to hang it up Part. 3 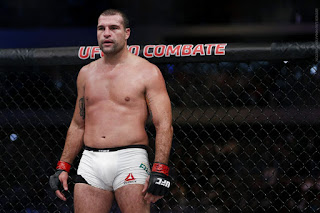 3. Shogun Rua
Lately it seems as though former UFC Light Heavyweight Champion Shogun was looking to make another run at the title but a loss to Anthony Smith quickly shut that down. If I was to tell you that Shogun is 4-1 in his last 5 fights then you probably would smack the hell out of me for putting him on this list. Shogun is a 37 year old former champion who’s body has caught up with him for the wars he has been in from Pride and UFC bouts. Shogun is and will always be a fan favorite but I really don’t feel in my heart he makes another run at the championship but if he does he definitely doesn’t win it. I love Shogun for everything he has done for the sport but he is coming off a win against Tyson Pedro and I say he calls it a career. 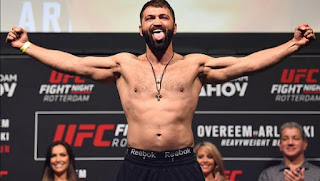 2. Andrei Arlovski
Though the UFC’s Heavyweight division has never really been great, 10 years ago this man put that to the side. He came with elite level style of striking and grappled with the best of them and was built like a brick wall. Well those days are long over as soon as Andrei is hit he folds up like a lawn chair just by almost one significant blow. He’s done almost everything there is to do as a fighter and continue to let injuries add up on him but he still feels like he has a lot in the tank. A Lamborgini runs well but eventually the engine runs itself out and that’s exactly what Andrei is a Lamborgini with a engine way past its limit. This man has fought the likes of Francis Ngannou, Fabricio Werdum, and even longtime undefeated former Pride Heavyweight Champion Fedor Emelianenko. It is safe to say that there is nothing left for Andrei to prove but he feels there is much to prove to himself. 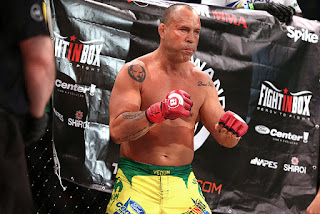 1. Wanderlei Silva
If you have seen his last two fights then you can understand why I put “The Axe Murderer” at number one. Lately he has not been looking like himself and has been underperforming from his Pride days. Wanderlei should have probably hung it like 10 years ago but can you really make Wanderlei give up? At one point in time he was the best fighter on the planet and probably the most feared. Now, Wanderlei looks like a beaten old man trying to relive of what he used to be as he has suffered losses to Chael Sonnen and Rampage Jackson for the second time. His last win was against Brian Stan at UFC on Fuel TV and I bet you forgot the UFC was on Fuel TV didn’t you? That was over 6 years ago and he was washed up then. Wanderlei definitely is one of the greatest of all time and hands down the most entertaining but not anymore especially watching him fight and get beat up thinking about what he used to be. He definitely is number one in my book who definitely needs to hang it up.

How did you guys like my list? Was there anybody you think that doesn’t need to be on here or someone that needs to be added then let me know in the comment section?