It is Fight Week and I think we should be looking forward to it! 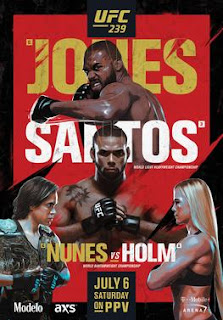 With UFC 239 right around the corner it’s best to say that a lot of people have mixed feelings about this card but being a fan of the sport going on 11 years now I am very excited for this card. Not only are names like Jon Jones, Amanda Nunes, And Holly Holm are on the card but we just may witness the biggest upset in MMA history. Thiago Santos(21-6) is coming off of his toughest test to date and personally I don’t think anyone is giving him a chance against Jones seeing as the competition he falls victim to. Losing to less opponents like Gegard Mousasi, Urijah Hall, and Eric Spicely will do that to you and especially in the fashion that he loses in. When Marretta loses he goes down and he goes down hard and the opponents that he’s fell victim too don’t compare to Jon in anyway shape or form. 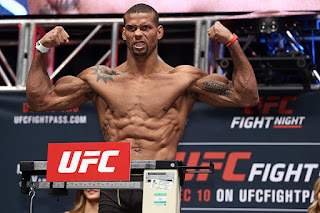 However, all’s Thiago “Marretta” Santos has really is a punchers chance but sometimes that’s all you need is a fighter. He is a brutal knockout artist that if he lands on Jones it maybe goodnight for the Champion. The last thing he wants to do though is either get in the clinch or get in a bottom ground position because if Jones lands elbows then it’s over or he may use elbows as a gateway to a submission like he did Vitor Belfort or Alexander Gustaffson in their second encounter. Whether the outcome I don’t recommend missing this fight.
Labels: Championship Jon Jones Light Heavyweight Mixed Martial Art Thiago Santos UFC Vale Tudo