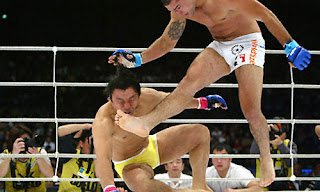 When fighters like Shogun Rua (26-11) crossed over from Pride to the UFC he wasn’t nearly as dangerous as he was while in Pride. This was due to the fact of  the transition from one ruleset to another where one of his biggest strengths was prohibited. Because of this he would lose to Forrest Griffin (19-7) in a fight that he was expected to easily dominate the then former champion. Had a more “Pride” friendly ruleset applied he may have dominated Forrest as expected. Shogun would eventually become UFC Light Heavyweight but he would lose his first title defense to current and longtime champion Jon Jones (24-1-0-1). 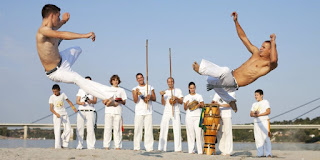 In Brazil, Capoeira is a staple in Brazilian Martial Arts and is known all around the globe for its break dancing style of fighting. In Capoeira, kicking a downed opponent is common and no major injuries come about in this. Fighters like Marcus Aurélio, Elizeu Zaleski dos Santos, and Michel Pereira are all pure Capoeira fighters who come from Vale Tudo (which stands for anything goes) aspect of Mixed Martial Arts. Despite these guys having some success in the big leagues I know they struggle to make that transition from “Vale Tudo” to “Unified Rules” due to soccer kicks being prohibited in Bellator and the UFC. If maybe the UFC would be more lenient to the rules we could have more better display of Capoeira and probably more Capoeira fighters. 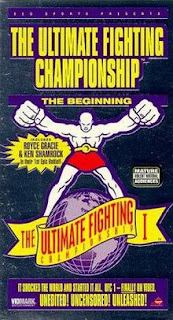 What made the UFC so special in the very beginning is that it had the “anything goes mentality” and was sponsored as an brutal and blood fest event. Once politics got a hold of it they wanted the sport banned for good even though they knew nothing about the sport or the message behind it. A company that wanted to put all aspects of Martial Arts to see which one was the best was what the original purpose and they did this by letting Martial Artist be Martial Artists. By not prohibiting to do anything we seen a man who looked like he had no chance in the world in the tournament take down all his opponents with technique from his family’s martial art. That man would be Royce Gracie and had chokes or joint holds been prohibited we may have never got to see the sport grow to what it is. 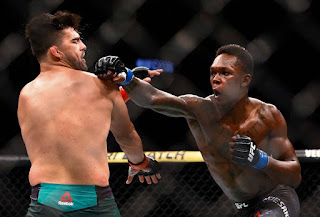 The sport is now a little over 25 years old and still has a lot more growing to do as far as fighters treatment, fighters pay, and benefits of being in the big leagues. That argument is here or there but my argument is when do we let fighters be fighters and legalize something that has never seriously hurt an opponent and less harmful than an elbow. What do you think of legalizing Soccer Kicks and Face Stomps in MMA?
Labels: Mixed Martial Art Political MMA Pride UFC Vale Tudo