UFC 240: Max Halloway may find himself in a clinic messing with Frankie Edgar 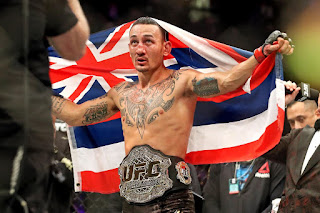 Max Halloway just maybe the greatest Featherweight ever especially with guys like Anthony Pettis, Brian Ortega, and longtime UFC Featherweight Champion Jose Aldo twice. That doesn’t stop the Featherweight division and its killers that very anyone can dethrone Halloway at anytime. Halloway will defend his title against longtime veteran and former UFC Lightweight Champion Frankie Edgar who he was supposed to meet at previous UFC events. Injuries on both sides would cancel each event and Brian Ortega would step in to fight Max Halloway in a losing effort. Max would go up to Lightweight and face Dustin Poeier a fighter who he had loss to previously at Featherweight in what was a Fight of the Night attraction and candidate for fight of the year. After watching that fight over, I begin to ask myself will the same Max that loss to Dustin enter this fight because if so we just may crown a new Featherweight Champion. 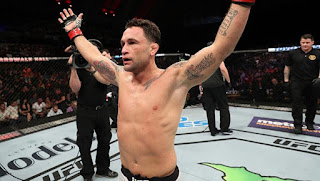 Frankie Edgar has been in the game for a long time and still doesn’t even look like he’s slowing down. So what that being said if Frankie can be top knotch and Max getting careless Frankie just may pull it off. Though he’s coming in as a heavy underdog just remember this is Frankie Edgar. The man built his career off being the underdog and has won the world title as well. Frankie’s technique has always been his best friend especially his footwork, boxing ability, and swift wrestling capabilities. Frankie is one of the greatest to ever step in the octagon and I wouldn’t be surprised if he shocked the world. 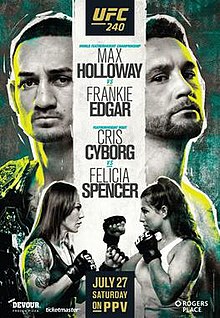