Why do people feel Israel Adesanya is untested? 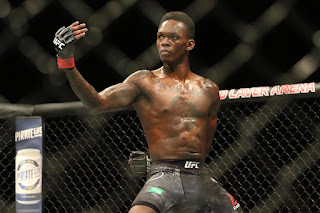 Since making his debut as a professional from kickboxing, Israel “The Last Stylebender” Adesanya (17-0) has easily made himself a breakout star for the MMA community. He has defeated the likes of Melvin Guillard and has defeated Anderson Silva (34-10-1 NC) and Kelvin Gastelum (15-4-1 NC) in what was to me the greatest fight in UFC history. He has definitely opened the door for himself in MMA but people feel that he is untested. Nevermind the wins over Anderson and Kelvin, but let’s look at the fact that this man went 17 fights without a single loss is impressive enough. This man has been a professional mixed martial artist since 2012 and has reached the biggest stage in MMA without a single loss and is Interim UFC Middleweight Champion. 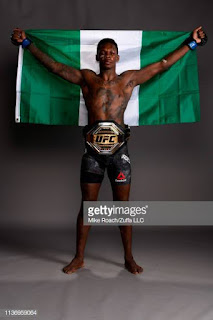 Since this man has broke through in the UFC, he has shown stand up that I’ve never seen before. His reflexes are on point, he has his way with fighter alignment, and when you think you have hime figured out he just does some off the wall combo. The way he does things is like he’s playing Chess while other fighters play Checkers. Rewatching the Brad Tavares fight it was like he was always five steps ahead of Brad even though Brad landed some fair significant shots. Though people like to compare him to the likes of Jon Jones there is much to debate as far as stand up that Jon just doesn’t have compared to Adesanya. When it comes to Stand Up in UFC, there is really no one you can match to him. 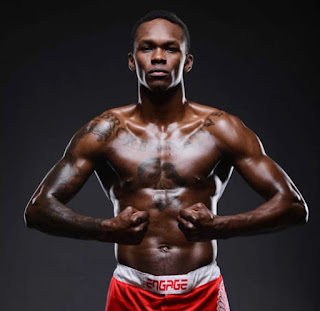 As far as he has come from kickboxer to mixed martial artist will come haters and feel that he is untested. With the fight he had with Kelvin Gastelum, how dare people say that Israel is untested? He  and Kelvin beat the piss out of each for five rounds and whispered to himself before the beginning of the last round “I’m willing to die for this shit”. In all my years as a MMA fan I have never seen a fighter willing to die for a fight especially after the shots he took against Gastelum. Kelvin Gastelum is no slouch neither as he owns wins over Jacare Souza (26-7-1 NC), former UFC Welterweight Champion Johny Hendricks (18-8), and former UFC Middleweight Champion Michael Bisping (30-9). Not to mention Kelvin is a former Ultimate Fighter winner over the most impressive win in the shows history as he came in the finale a huge underdog but dominated Urijah Hall from beginning to end. Kelvin is a great contender with a lot of potential and him and Izzy fought tooth and nail. 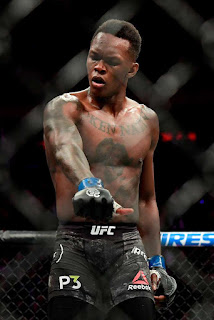 Israel Adesanya has his true toughest test to date in fellow Australian native and UFC Middleweight Champion Rob Whittaker (20-4). My question to you fans is this, if Rob comes in the octagon and strikes with Izzy and get knocked out is Izzy still untested? If Rob comes in there and lays on Izzy and gets the W by laying on him for five rounds and gets his hand raised is Izzy a bum? What exactly is tested and untested? What was your favorite fighters true test? If Israel Adesanya beats Rob Whittaker, would you like to see a potential fight with Israel and Jon Jones?