Why does the UFC continue to skip over Tony Ferguson for a title match?

El Cucuy may be the face of the division at the moment as he begins to wear and tear into contenders left from right. The man has not loss since 2012 in a tough battle with former Lightweight contender Michael Johnson that went to a decision. Since then, Tony Ferguson has went on a 12 fight win streak and even won the UFC interim Lightweight Championship. Tony has beat the best the UFC has to offer in guys like Edson Barboza, Anthony Pettis, Rafael Dos Anjos, Kevin Lee, and most recently a win over the man who has the most fights in the UFC in Donald "Cowboy" Cerrone. Numerous times the UFC has tried to set up Tony Ferguson versus Khabib but every time it would come into fruition and injury from either side would allow another fighter step into their place.


Tony Ferguson holds a record of 25-3 and has only been finished one time throughout his career in Mixed Martial Arts. To not call him the rightful contender is an insult but the UFC rather put him on the back burner other than taking the risk of cancelling a card due to either him or Khabib getting a injury and setting the event back again. Tony has expressed bumping up to Welterweight and if he does make this jump who is on the list of rightful fighter we want to see T-Ferg fight? Honestly I would like to see a fight between him and Leon Edwards or Jorge Masvidal. Leon Edwards and Ferguson have similar styles but El Cucuy is more wild and goes for the finish whereas Leon wins on points and takes the fight. Jorge Masvidal is also a good choice for Tony Ferguson off of intensity and intensity alone. Masvidal who is 33-14 in his career is coming off the fastest knockout in Mixed Martial Arts history in 5 seconds over then undefeated fighter Ben Askren. Possibly a winner of this fight if the UFC decides to set it up could be a possible title eliminator fight.

Who is to say that Tony Ferguson would not be champion had not his injuries got in the way? I will however say this though, he maybe the only person in the division that can stop Khabib. Well that is if current UFC interim Lightweight Champion Dustin Poireir who is 25-5-1 in his career and entering this fight coming off of his biggest win of his career in beating current UFC Featherweight Champion Max Halloway in his Lightweight debut. No matter who wins this fight their is a storm in the Lightweight division (potentially the Welterweight division as well) and its name is El Cucuy. 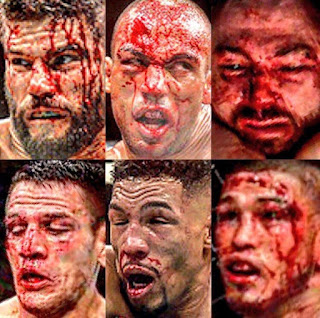 Name me a fighter who is doing some of the best fighters to step in the octagon like this at the moment?