Does Stipe get the job done this Saturday against DC? 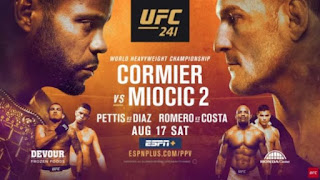 Former Heavyweight Champion Stipe Miocic is back in action and appears to be the favorite in this bout against his anticipated and well long waited rematch with Daniel Cormier. Stipe hasn’t competed since his first encounter with DC and has been very vocal on Twitter about this rematch. Stipe is probably the greatest Heavyweight champion in Mixed Martial Arts seeing as he has three title defenses which he is the only one to do so in the division. On August 18th it will be put up or shut up when these two go at it because not only does Stipe want his belt back but this very well maybe one of Daniel Cormier’s last fight inside the octagon.