Following DC’s rematch loss to Stipe Miocic, Is it time for him to hang it up? 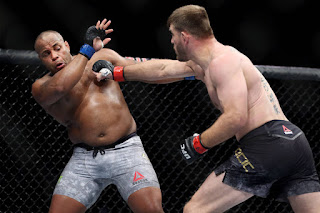 UFC 241 put on exciting fights for the main card but not so much the preliminary bouts as there were was only one finish by Pittsburgh’s own and UFC debuting fighter Khama Worthy. The card had a main event that was a long time coming as then Champion Daniel Cormier received his first loss at Heavyweight and second time being finished in his career. The second bout looked similar to the first one but Stipe Miocic would come into this fight leaner and using his boxing to his advantage. DC would land a takedown earlier in the fight but continued to stand with “Stone Cold”. Stipe would best DC in the fourth via TKO and become only the second man to defeat Daniel Cormier. 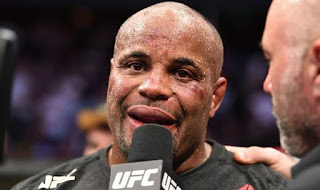 Following the loss UFC commentator Joe Rogan would interview him and similar to the second Jon Jones fight he would answer questions in a disappointed manner. At this point in his career, I feel that he moves and hangs it up for good. Why ruin a great legacy as probably the greatest fighter of all time losing to someone. Daniel Cormier has expressed a potential third bout with Jon Jones and probably his last fight in the octagon. If these two do fight more than likely it will be at Light Heavyweight again.