Is Khabib the greatest Lightweight ever following his win over Dustin Poeier? 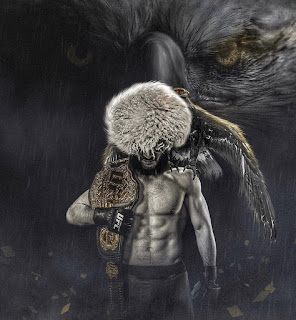 Following his finish over Interim Lightweight Champion Dustin Poeier, Khabib has dismantled every opponent in that same fashion almost. Now boasting a record of 28-0 which is unheard of in Mixed Martial Arts the question is will Khabib Nurmogomedov ever meet his match? The only person that I could think of that was as dominant as him at one point in time was Sean Sherk who started his career at 22-0 but most of his fights were at Welterweight. Had Sherk been a Lightweight most of his career would he been as dominant as Khabib? Nevertheless, Khabib must now get ready to face his toughest challenger to date in Tony Ferguson who is on a 13 fight win streak. This fight has been long overdue and anything other than Khabib Nurmogomedov Versus Tony Ferguson is unacceptable. Tony maybe the only person that can beat Khabib at the moment and not only that but honestly who is left? 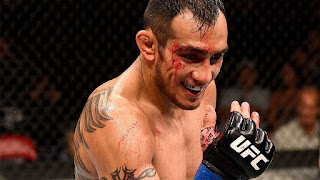 With Tony Ferguson at the top of the division nobody else makes sense especially Conor Mcgregor. Forget his legal troubles at the moment but the man hasn’t fought in almost a year and hasn’t won in more than 3. I say Mcgregor fights Justin Gaethje and if he wins get another fight and maybe just maybe he can fight for the title again. Until then keep Tony Ferguson ahead of the pack and let him get his shot that he rightfully deserves.